Hijab: From Shame, to Identity, To Empowerment. 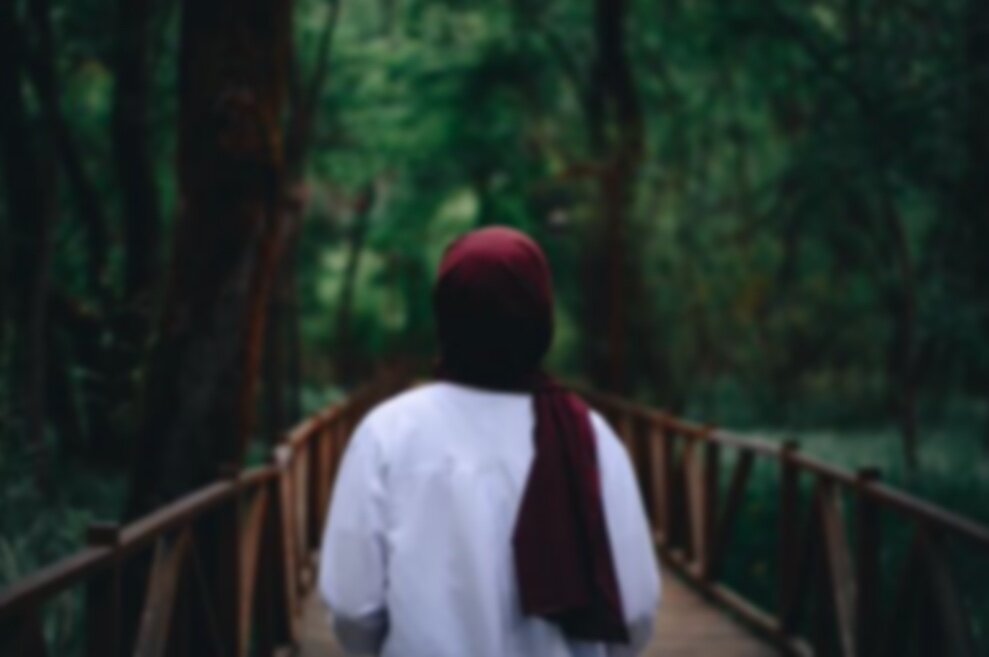 It was September 11th, 2001, another usual day during my third year of residency at St. Elizabeth’s Medical Center in Boston. Every morning after our daily morning report, I and my best friend, who had immigrated from Iran to pursue her studies and raise her children here, went to the cafeteria to have our breakfast. We heard people saying that a plane had hit a building in New York. In a few hours, the whole thing unfolded; America was under attack and a handful of Muslim men had killed thousands of innocent American lives as suicide bombers.

Nothing made sense. Everyone’s mind was filled with chaos, confusion, and enormous grief. Back then, I considered myself as any average woman who had migrated to America after getting married and working as a resident physician. Never did I pay much attention to how my faith or my nationality was contributing to my identity. Being a woman, a resident doctor, a mother, and an immigrant were what I knew of myself. But that day, everything changed for me and for scores of other people, in both America and many other parts of the world.

The next day we all showed up at work, dressed in our usual white coats. My Iranian friend had long black hair that she’d keep loose. She was fair and blended in well with the majority of the mostly white population of the hospital staff and patients. I, with my jet black hair nicely tucked in a ponytail, and somewhat of a lighter complexion, oftentimes would be mistaken for being Italian.

Soon there was an announcement that all the hospital employees were to gather at the small church on the hospital’s main floor for a service, to pay homage to the thousands of innocent souls who died in the attack of 9/11. My friend and I joined as well. As the chaplain read from the Bible and started talking about the loss of lives, we both found ourselves overwhelmed with sadness. Everyone in that church shared a common human emotion. That of sadness and grief and helplessness. And there was one emotion that may have been unique to us, me and my Iranian friend: immense shame and guilt, because these monstrous acts were committed by people who shared the same faith as us. In conversations with other Muslim friends and colleagues, I was not surprised to find that most of them were engulfed in similar emotions. Of course our rational mind, the prefrontal cortex, would then take over and recognize that there was no reason for us to feel ashamed or embarrassed for sharing the same faith as some evil minds that had committed such grave acts against humanity.

But humans being complex creatures, we surprise ourselves with all sorts of emotions at all different times, whether or not they are based in any truth. Being in the field of mental health, a person may feel shame if they are excluded by a group that they were either previously a part of or wish to be a part of. This can make the person feel as though they are unlikeable and somehow “less than”.

It took me quite a while to realize that our shame didn’t come from the fact that the hijackers were Muslim, but that up until September 11 we had done a pretty good job of blending in and feeling like a part of the crowd. On that day, for the very first time, a divide had been created, a line had been drawn, and suddenly we found ourselves different, unlikeable, and inferior. Which is what shame does to a person.

Our emotions were much more exaggerated than other people in the room, because shame mixed with grief and sadness creates something much more complex. Both of us looked at each other and noticed how tears were running down our faces. That was probably the first time in our career we felt there was an element to our identity that had gone unnoticed. Our identity of being a Muslim in America.

I doubt that anyone in the room recognized or identified us as Muslims, since we didn’t look stereotypically so on the outside. Even our names were written in such small letters on our lab coats that you’d have to look way up close to notice our Muslim names. And during residency, folks hardly paid attention to names. Whatever we felt was purely within us, and luckily we had each other to share that with.

Another blessing was that after the service, all the residents of the psychiatric program were asked to meet for a debriefing session. There were about 10 of us, 4 of us happened to be Muslims. Two from Pakistan, one from Morocco, my friend from Iran, and me. And all four of us felt the same mix of emotions.

To this day, I am not sure how that impacted my other Muslim colleagues. I’m of a sensitive nature, however; it kept bothering me. The faith I knew from my childhood would never justify a monstrous act like the bombing of the twin towers and the murder of thousands of innocent souls. The faith I grew up with, which my Dad taught me to be full of love and forgiveness and compassion could not justify an act like 9/11! I was raised to believe that the murder of one life is equivalent to that of all humankind.

I began hesitating to tell people that I am Muslim. When people would ask me where I am from, my response was always “from India”. That felt safe and less controversial. Muslims and Indians seemed to have some disconnect in the Western mind, even though India has the second-largest Muslim population in the world.

As my children were growing up, they recognized my discomfort in disclosing my Muslim identity. Islamophobia was more widespread than ever. We would read of many women in hijab being bullied, discriminated against in the workplace, and even assaulted in the streets.

Blending into the crowd felt safe, but that curtain of shame was clouding our identity, and thus our integrity. It just didn’t sit right. Not with me, nor with my children. If I wanted them to grow into proud, healthy adults, it was important for them to feel pride in who they truly were.

As time grew, my conviction to come out of that shame and wear my true identity proudly became stronger and stronger. One day, I decided to embrace it. I decided to reveal fearlessly that I am a Muslim woman by putting on a headscarf, commonly known as the hijab.

It took me a few months to accustom myself to the new look; from the physical discomfort of having fabric wrapped around my head all day, to the stares from people who resented Muslims. I slowly but surely got used to wearing the hijab. As covered as I looked from the outside, I felt enormously liberated on the inside. Shame was taken over by a sense of relief, and a sense of pride. I started holding my head up high. Each time someone would stare at me, I would look them in the eye, smile, and say “Hello, how is your day going so far?”. Most of the time, I would get a kind response, and sometimes it would be followed by a compliment. “What a beautiful scarf!” or, “I love that color!”. Yes, there were some not-so-nice comments; the worst was being labeled a “terrorist”. I learned to ignore that and feel sorry for the person who, out of ignorance, couldn’t tell the difference between a terrorist and a Muslim female psychiatrist.This had nothing to do with my hijab or with me. The rude comments were products of his ignorance, his resentment, and his unwillingness to learn who Muslims are and what Islam teaches.

My hijab not only helped me feel comfortable in who I am, but it also gave me an opportunity to represent the true essence of my faith. It made me be mindful of what I am representing. My hijab reminds me that as a Muslim woman, I am obligated to forgive that man calling me a terrorist out of ignorance, to help an elderly woman cross the street, to share a smile, to give my seat away, or to pay it forward.

Hijabs are fun for me! They are my accessories and I love coordinating them with my outfits, but they are way more than just that, or a piece of fabric on my head. They are a piece of me, my identity, my tool for empowerment, my strength, and my courage!